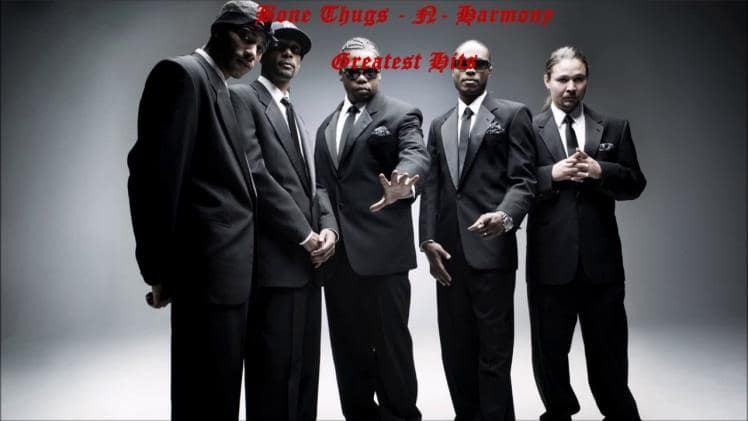 Many young people are now discovering Bone Thugs N’ Harmony as they return to the music scene with many concerts, festivals, and live events.

They were great in the 90s, usually singing about controversial themes like violence and crime. Even though there are so many hip-hop and R&B artists, Bone Thugs N’ Harmony is a legend in their league.

The late rap icon Eazy-E is their mentor. They tried so hard to collaborate with him and eventually got their chance. He recognized the talents, resulting in many great hits, millions of Bone- Thugs concert tickets sold, and awards won.

Right now, they have a few scheduled events for the rest of the year. Even people born in the late 90s are now interested in learning more about Bone Thugs N’ Harmony. They even prepare for concerts, try to learn more songs, and sing together with them.

Listening to their songs is a great way to entertain yourself while discovering new music you may like. So, here are a few great tunes to add to your playlist:

The band members recorded this extraordinary song in just five hours, but Notorious B.I.G. used it on his album. Today it’s known as Biggie’s track featuring Bone Thugs N’ Harmony, but they often perform it in his honor.

According to the fans, there are many subliminal messages in the song and the whole “Life After Death” album. It’s the final Biggie album released after he was murdered.

This one is probably their signature song everyone knows by heart. The track launched Bone Thugs N’ Harmony on the scene, reaching the USA’s hottest lists in just a few weeks.

As you suppose, Eazy-E was an executive producer and helped the band find its place on the huge rap scene.

“Tha Crossroads” was released in 1996, and it’s dedicated to their mentor Eazy-E. It stayed on the Billboard Hot 100 list for eight weeks. They even won a Grammy for it.

But this song has an interesting background. It was first released under the name “Crossroad” on their “E. 1999 Eternal” album. Originally, it was dedicated to their friend Wallace Laird III. The remake “Tha Crossroads,” though, is about Eazy-E.

Today, the song has three official versions since they edited it again in 2019. We don’t even include remixes and radio edits here.

How did that happen? Initially, only four members recorded the song since Flesh-n-Bone was in jail. After he was released, they recorded it again, creating history over and over again.

As you can see, the title refers to the checks, payments, and salaries people receive on the first of the month. Again, they sing about the money struggle people face at the end of the month as they wait for the first day of the next one.

The single received a Gold label and was later nominated for 1996 Grammys.

There are even six official versions, including an instrumental, a cappella, one remix, two radio edits, and of course, the original album version. They used samples from “Sexual Healing” by Marvin Gaye while producing the song.

Many people compare “Meet Me in the Sky” to “Tha Crossroads,” and they are probably right. The song was released in 2010, and it’s all about being over the haters, people who judge them, and unrealistic expectations the audience may have.

It gives the same “Crossroad” vibe, but it’s still a unique piece of work that deserves appreciation.

Even though the instrumentals are sampled from other songs, this melody is still one of the greatest Bone Thugs N’ Harmony tunes. It was even featured as a soundtrack in the movie “Set it Off” in 1996.

Fans also compare the song’s tone to “Crossroads,” so it’s not even surprising this one received popularity.

“I Tried” is a relatively new song by Bone Thugs N’ Harmony and then-rising star Akon. Again, they sing about street struggles and difficult life. It’s a lead single to their “Strength & Loyalty” album and was immediately certified platinum.

Fans still love it and sing with the band at the concerts.

This great song is a result of their collaboration with Eazy-E. You can also find it under the name “Foe Tha Love of Money” if $-the title sounds unfamiliar to you.

The video is the last Eazy-E TV appearance before he died. Also, the song is included in the official video game soundtrack of “True Crime: Streets of LA.”

Do you have a favorite song by Bone Thugs N’ Harmony?

The good news is that they have many concerts and festivals around the USA for the following period, so make sure you don’t miss them.