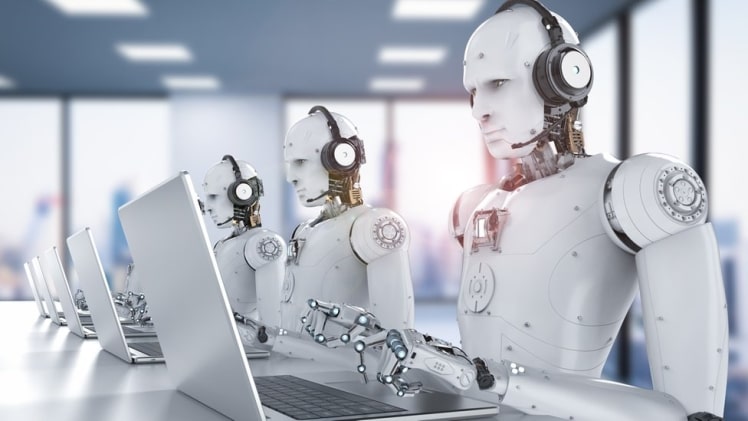 With the world seemingly becoming more reliant on technology than ever before, it does beg the question about what can it and the robots that are produced actually do in the future? Are there any limits to their capabilities or will they simply “take over the world”?

Naturally, technology has provided a number of huge advantages and benefits to almost every single business industry on the planet and it would be hard to argue against the need for it as it allows companies to be as effective and efficient as they have ever been which is a positive for everyone.

Robots are one such form of technological innovation that has continued to evolve over the years as the software continues to be developed and becomes improved with each passing year. Many of these machines that have been designed have already replaced humans for some jobs within certain industries, which planted a question: will robots be used in the iGaming sector and replace live dealers in the future?

Robot croupiers is a real possibility

Indeed, when pondering potential answers to that particular question, there are a number of answers that could be drivrived that would suggest that there is no reason as to why they would not be able to.

With casinos including Casino777 continually looking to provide their customers with the best experiences possible, whilst also being able to save money and not have to worry about any mistakes that can be made by human error, a robot could be a solution that they turn to in the future for their live dealer games.

One of the benefits that a robotic croupier will provide is that it will never be able to get tired, thus allowing it to continue to operate in optimal and peak conditions, whilst also reducing any errors that could potentially be made by a human being. In addition, as there are no emotions, a robot can ensure that the best levels of customer service always remain being offered to the casino’s players, whilst absenteeism is something that would become a thing of the past.

Casinos can have a tough time ensuring that they continue to provide the best and safest platforms around, however by using a robot croupier, this thankless task could become slightly easier.

For instance, it could be used to try and detect whether a player is cheating whilst sitting at a table as they could analyse a person and try to pick up on a trend or a behaviour that would highlight something that is perhaps a little out of the ordinary and a little suspicious.

Save a huge amount of expenses

As briefly mentioned before, casinos will always be looking to try and reduce the costs that they have as, like any other business, making the largest margin of profit is always going to be the main aim.

Purchasing robot croupiers could be a heft outlay to begin with, however they would prove to be cheaper than humans in the long run as wages and salaries would no longer need to be paid, nor would the cost that is spent on trying to recruit the right staff and the money spent on training activities.

Naturally, there are some drawbacks to implementing robot croupiers within the iGaming industry, with some of the negatives potentially damaging for any operator within the business.

One would be the fact that a human element is lost when utilising a robotic machine. Although they might still be able to interact in the same way, the personal touch is something that many gamblers enjoy, especially when they play live dealer casino games as it helps to provide the authentic experience that they desire.

Furthermore, older gamblers may not enjoy it as they will not want to talk to a robot, whilst many will feel that they may have been better off playing on an online casino platform instead of making their way to a brick-and-mortar establishment.

It would be a surprise if we did not see a number of robot live dealers starting to appear in the future, especially as technology continues to evolve and become cheaper to implement. There are a number of huge advantages that the iGaming industry will be able to benefit from if they do this, which is why it would be a shock if it were not to happen sooner rather than later.