What To Know About Snow Shovel & Snowplow In Comparison? 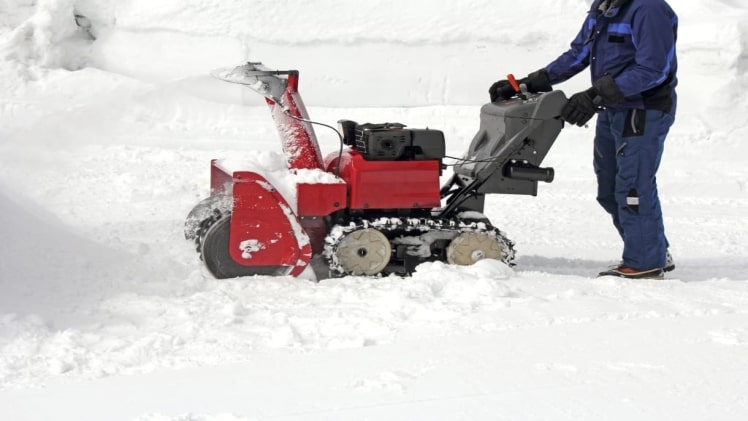 There are always numerous misunderstandings and ambiguities when it comes to the terms snow plow, snow shovel, and clearing blade/snowplow. To bring some order to this variety of terms, snowplows and snow shovels are first compared in a table, and then the most important differences are explained again in detail.

Colloquially, a snowplow refers to a device for clearing snow in road or rail traffic, and most people equate a snow shovel with a snow shovel. However, this understanding is not correct, at least for the field of winter service attachments, because when it comes to attachments for snow clearing, a clear distinction is made between a snowplow and a snow shovel. In addition, the term “clearing blade” comes into play, and the confusion is perfect.

In contrast to the (simple) snow shovel, an add-on snowplow has a mechanism that automatically adjusts the height of the plow blade to the ground. With this automatic level control, a snowplow can not only be used for uneven surfaces in winter service, but a rigid connection to the carrier vehicle is then no longer a disadvantage. Therefore, snowplows are used on most municipal snow clearing vehicles because they are connected to the Unimog, truck, etc., via a rigid connection. The clearance level is automatically adjusted via the level control of the snowplow.

Dozer Blade: Designates The Actual Blade And Not The Entire Attachment

Strictly speaking, the term snow plow describes only part of a snow shovel/snowplow, namely the actual blade. The clearing width is therefore determined via the clearing blade. In addition to the flat plow blades, triangular blades are also available that clear the snow on both sides and allow a higher clearing speed than the flat plow blades.

Edged Or Round Snow Plow? A Comparison

When speaking of an edged snow plow, the shield usually has two edges, and the sheet steel for the snowplow was not laboriously rolled around during production, but two edges were drawn in. This makes the production of a snowplow or snow shovel with an edged plow blade a little cheaper and less complex, i.e., with around plow blade. A round dozer blade is wholly rounded and has a correspondingly edge-free shape, which is a little more complex to produce.

Which version is better or recommended? Generally, the snow is carried out a little better by a round blade, mainly if the snow shovel or snow plow is used at a slightly angled angle. Correspondingly, large areas can be cleared a little more quickly with a forklift, or clearing large amounts of snow is easier around a snowplow than with an edged snowplow. An edged snow plow is cheaper in terms of price, so you should consider the individual factors when choosing the proper snow shovel/snowplow for forklifts using commercial snow removal contractor.