What to Do After IVF Implantation Failure 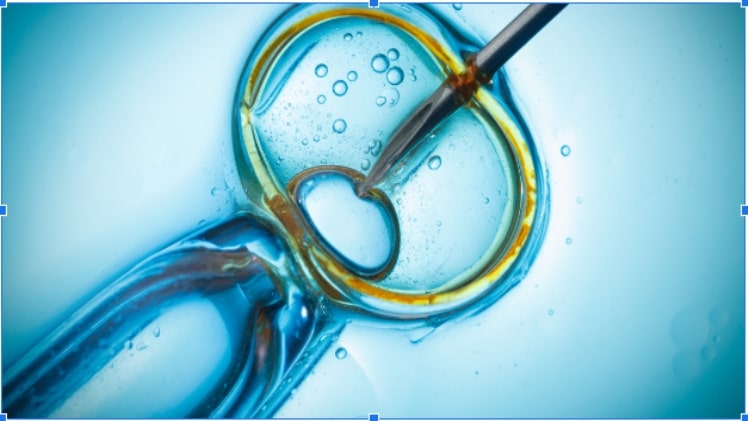 Implantation is a critical step in the IVF process. It’s when the embryo implants itself into your uterine lining. If this doesn’t happen, you have an implantation failure and will likely have to start over with another round of IVF treatment.

When it comes to IVF, there are a lot of things that can go wrong. You may discover that you have an ovulation disorder, or that your partner has a low sperm count. You might even discover that the embryos are either unviable or contain genetic abnormalities.

Implantation failure is one of the most common causes of IVF failure. It occurs when an embryo does not implant into the uterine wall and must be removed from the uterus by your doctor. This can be due to a number of reasons, from poor egg quality to a hostile uterine environment.

Another possible reason for implantation failure is when there’s a chemical imbalance in the uterus, thus preventing implantation.

No matter what caused the failure, the experience can be very traumatic, especially for people who have been trying so hard to become pregnant. In such a situation, here are a few things you can do to increase your odds of success.

If you have had an IVF failure, it is important that you contact your doctor. They will be able to tell you exactly what happened and provide additional information to try and increase the chances of success next time.

They may suggest interventions that can help you conceive naturally or want to discuss options for alternative methods of conception.

Additionally, they should provide advice about the next steps to be taken for you to get pregnant again.

Find out how to maximize your chances of success with the next IVF cycle.

You may be wondering if there are things you can do to increase your chances of success with your next IVF cycle.

There are many factors that affect a woman’s chance of getting pregnant, including age and health. But there are other lifestyle behaviors that can impact your fertility as well.

For example, getting enough sleep and eating a healthy diet with lots of fresh fruits and vegetables will help boost your energy levels, which is critical during pregnancy.

You should also consider taking prenatal vitamins as soon as you start trying to conceive because they contain vitamins and minerals proven to improve embryo quality in women.

If you are overweight or obese before starting IVF treatment it may be wise for you not only to lose weight but also get into better physical shape before attempting another cycle.

This could mean reducing the calories you consume while increasing physical activity levels every day. If possible, focus on specific exercises that strengthen pelvic floor muscles.

The muscles in our pelvic floor hold the eggs inside ovaries until fertilization occurs. That is why strengthening them helps ensure proper release during the ovulation process.

Avoid comparing yourself to other women.

The most important thing to avoid is comparing yourself to other women. You’ll often find that those who have had success with IVF would compare themselves to the woman who failed, saying things like “We’re exactly the same and they can’t understand why it worked for me but not her.”

Think about this: Do you really think that every person going through this process will have the same experience? No, of course not! We’re all different and so is everyone’s journey.

While comparing notes might help some, it can also make you feel worse.

If a friend tells you about her successful implantation or pregnancy, don’t dwell on the fact that your own attempts didn’t work out as planned. You’ll only end up feeling down on yourself, which will only make matters worse. Just remember; your story isn’t over yet.

Having this mental attitude would encourage you to try the process again. Who knows, probably your next try would be successful.

Don’t blame yourself for what went wrong.

Be kind to yourself, and don’t blame yourself for what went wrong. You did everything you could, and that’s all anyone can ask.

Don’t let any feelings of guilt or failure get in the way of your decision to try again. It’s not going to help anything, and it certainly won’t make you feel better.

You are not alone in this struggle. Many couples experience implantation failure during their first few IVF cycles. This means that even though it may be disappointing now and even feels like a crushing blow, the odds are with you in terms of eventual success if you decide to keep trying, and we strongly recommend it.

Don’t let fear and grief prevent you from trying again

Despite the emotional toll of having a miscarriage, many women are able to move forward after their failed implantation attempt and eventually get pregnant.

If you’re considering trying again, there may be some emotional hurdles that need to be overcome first.

For example, it’s normal to feel afraid of failure after experiencing so much disappointment during your first IVF cycle. But don’t let this fear stop you from trying again.

It’s also normal to grieve over the loss of an embryo during a failed implantation attempt. Yet once again, don’t let the grief keep you from attempting another round of IVF.

The important thing is that you keep moving forward no matter what happens in your life. Otherwise, you’ll end up feeling stuck in place forever. Try again buddy.

Change your diet and exercise regimen if it’s not working for you.

The food you eat plays a major role in your chances of becoming pregnant. Studies have shown that women who eat a healthy diet with lots of fresh fruits and vegetables are more likely to get pregnant than those who don’t.

You should also make sure that you’re getting enough exercise each week. This will help your body become stronger so it can support a growing baby. Here are some tips you know already;

Know that you are not alone.

You are not alone in this. In fact, one in six couples will likely experience IVF failure at some point in their lives.

This is because the causes of IVF failure are many and varied, and can include the woman’s age, the man’s sperm count, or other factors.

If you’re in need of external support, there are many support groups available online for those who have had implantation issues post-IVF treatment.

This is a great way to learn from others’ experiences and find solace in shared pain. If you have had an unsuccessful embryo transfer after IVF treatment, don’t let yourself get down about it.

You may be pregnant yet. So try not to worry about what happened yesterday; instead, focus on tomorrow!

As you can see, many things can go wrong during the IVF implantation process. However, it’s important to remember that these aren’t your fault and that they aren’t permanent setbacks.

You may want to find out what went wrong so that you can avoid making the same mistake next time.

In most cases, they’re one-time occurrences or part of a larger cycle where the rest of the embryos are healthy and strong. You can take comfort in knowing that other women have been through this before, and survived.

5 Flashy Diamond Bracelets That Are on the Trend