Should you invest in meme cryptocurrencies? The bullish and bearish cases 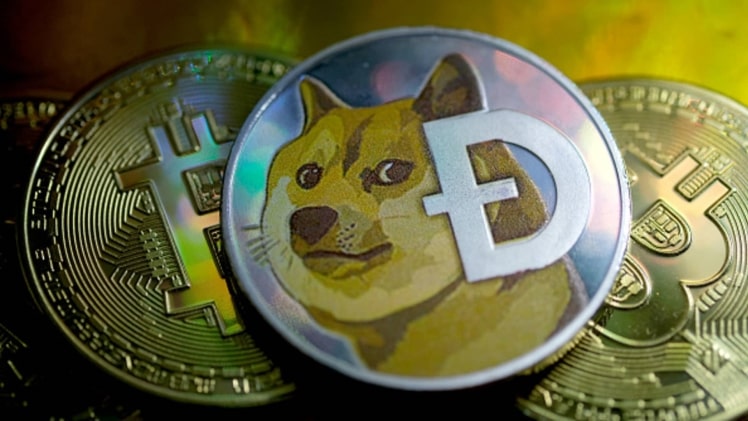 Meme cryptocurrencies have become a lot more popular in recent months. They have literally created millionaires, but they have also left a lot of people bankrupt. Personally, we have a love-hate relationship with meme cryptocurrencies – they can make a lot of money, but they also give a bad name to the scene. In this guide, we are going to discuss them, so you can see if it’s a good idea to invest in meme coins or not.

Are meme coins worth the trouble?

They are worth the trouble when you learn how to deal with them. And that’s exactly what we are going to explain here. While we won’t see options based on DOGE or SHIB on Bitlevex, or let alone Binance Futures, they are still incredible instruments for making money. Nonetheless, they’re a double-edged sword, so you gotta be cautious.

So, keep reading to learn how you can make the most out of meme coins, because when used correctly, they can turbo-charge your portfolio to new ATHs.

What are some examples of successful meme coins?

We will talk about two one of the most successful meme coins till day, as well as some of the lesser-known yet pretty profitable meme cryptocurrencies that made bank.

The father of all meme coins, and one of the most profitable by far. From being under a cent until reaching a peak of over $0.70 – investing in it when it launched several years ago would have proved to be an amazing investment. It’s important to remember that this meme coin pumped considerably due to Musk’s endorsement and shilling.

$SHIB is another successful example of what a meme coin can do. If you had invested at the beginning of the project, let’s say $1,000 USD, then you’d have made millions of dollars in profit. An unknown investor made $5 billion dollars out of a mere $8,000 investment.

Maybe KITTY INU is not as popular as DOGE and SHIBA, but it was a pretty good investment opportunity. Had you invested at the beginning, it would have yielded a nice x30-60 ROI. And imagine investing only 5% of your portfolio – it’d have been enough to help it reach new ATHs.

Likewise, PINU was a good meme coin. With solid marketing behind it, it allowed its investors to obtain a juicy ROI of over x20. Of course, this was just another meme play, but those investors who trusted it managed to grow their portfolio significantly.

How bad can meme cryptocurrencies go?

The sad truth is that the majority of meme cryptocurrencies will make your money disappear. Most of them – if not all – are solely created for making money. Hence, rug-pulls and the old pump and dump are usual practices in this crypto sector.

We have hundreds of $SHIB and $DOGE variations for example. For example, you have King Shiba, Shiba Musk, amongst others. Will they grow as much as $SHIB? We highly doubt it, and what’s more, they’re risky plays that are likely to burn your investment. Don’t touch them.

Stay away from the majority of meme coins. Nonetheless, use the tips from the next section to select the coins that have higher chances of bringing you a good ROI. Still, remember that these are risky plays, and hence, you should take it easy.

How should I invest in meme cryptocurrencies?

The first step is to recognize that meme cryptocurrencies are based on mere speculation, and hence, it’s important for them to have an amazing marketing team. If the marketing is spot on, then it’s likely to pump hard, and hence, bring you a good ROI.

Therefore, your research must be focused on how good they are at marketing. If they have a big budget for it and they have a team that’s experienced in promoting meme cryptocurrencies, then it’s a good indicator that it’s likely to succeed, at least for an initial pump.

You should only invest a small percentage of your portfolio. Since these are highly risky plays, it’s better to minimize your exposure. Remember that you are playing for the long run, so it does not make sense to risk more than 5% of your portfolio here, since the chances of it going down are higher than it going up.

Finally, remember to sell as the prices go up. Don’t try to time to peak in meme cryptocurrencies, because chances are you will fail big time. Sell on the way up and use those profits to invest in solid projects that are safer, and where you can allocate a bigger percentage of your portfolio. Meme coins are for making money quick, and if you hold this mindset, then you have higher chances of succeeding than the majority of people who buy meme coins.

A Step by Step Guideline on Making a Perfect Acrylic Keychain