Paulo Bento steps down as a football coach for South Korea 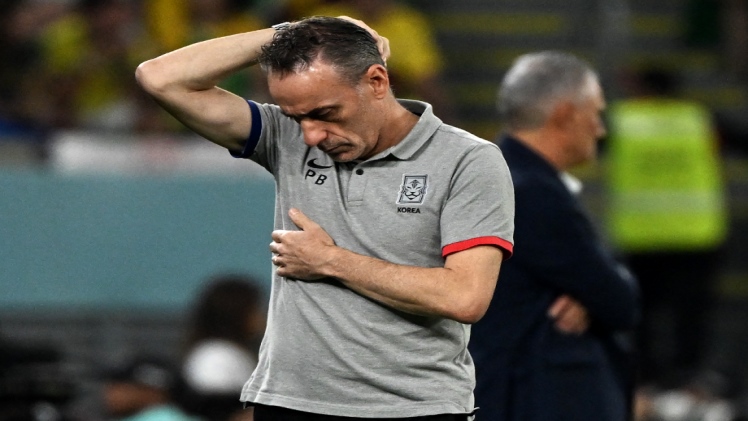 South Korea had an outstanding performance in the FIFA World Cup Qatar 2022. It came to an end after Brazil clinched a 4-1 victory in the Round of 16 at Stadium 974. According to the reports, it was announced that Paulo Bento has resigned as coach of the South Korean national football team.

Many speculations state that it was the team’s exit from the international tournament that gave him serious thought about continuing with the side. Bento put those rumors to rest in the post-game press conference, stating that the decision was made well before the FIFA World Cup.

He has basically clarified that his decision to leave South Korea’s football team has nothing to do with the tournament defeat. Bento served in South Korea for a total of four years. Many people are taken aback by his sudden departure. The fact that Korean football has advanced significantly under him is one fact that provides fans with a comfortable cushion.

Bento said at the end of the final press conference that he was proud of the team for staying true to their style.

The 76th minute saw Paik Seung-ho score a single. This remains the highlight for South Korea, although Brazil netted the ball four times with four different players scoring. Neymar, who has returned from injury, scored the penalty kick in the thirteenth minute. This occurred after Vini’s goal in the seventh minute.

Richarlison and Lucas spared no chance of ending the first half with a lead of four goals.

South Korea’s overall journey is one to remember. Bento’s team defeated Portugal 2-1 despite Horta’s 5th-minute goal demoralizing the Portuguese. Kim Young-gwon tied the score in the 27th minute, and Hwang Hee-chan clinched the victory in the 90th minute of extra time.

Their victory came at a time when South Korea maintained 38% possession of the ball. Both sides went onto the field in a 4-3-3 formation, with K. Lee registering one yellow card to his name.

The goalless draw against Uruguay is also difficult to forget. In the 4-2-3-1 formation of South Korea, the defensive stretch from J. Kim to M.H. Kim displayed the finest performance. The Uruguayan attack, led primarily by Suarez, missed multiple opportunities to score. South Korea had a chance to provide an initial upset to their opponent, but a draw was equally advantageous for them.

Ghana’s Mohammed Kudus scored the last goal against Bento’s team in their second pool stage match fixture. Otherwise, the match was destined to end in a tie, earning each team a single point. Both of South Korea’s goals were scored by Cho Gue-sung.

It is safe to conclude that when Bento said that it has been extraordinary what has happened with Korean football in the last 4 years, he was indeed correct.