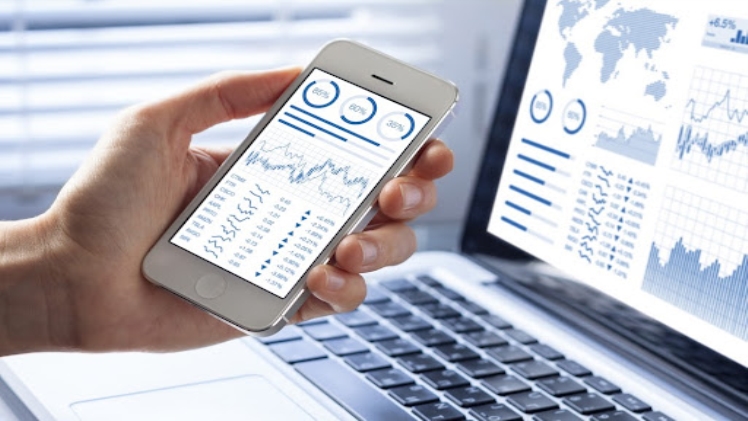 People are finding the use of smartphones to be more convenient than using computers for banking and financial activities. While people have been enthusiastic about mobile devices, they have failed to recognize the risks involved with mobile banking, and authentic mobile app security is hard to find.

Now more than ever, people are relying on smartphones and apps to handle their financial transactions, such as bank transfers and shopping. It has become part of our everyday life, but these transactions may turn very unpleasant if you don’t read the fine print of the terms and conditions.

People have always been aware that malware can easily cross a platform barrier and affect data on different platforms. Mobile Security becomes a challenge because there is no single security cybersecurity solution for multiple platforms. But, how many financial apps are available for both iOS as well as Android app security, which can be downloaded from various app stores by users without any check on the authenticity of the app or identity of its developers.

Besides being unsafe due to malware, these apps also leave personal information such as bank account details open to theft by hackers who may not only use them for their own ends but may also sell the data to third parties. Thus, users are not only risking transactions made on these apps being tracked by crooks but their private information such as bank account details could be compromised too.

The frequency of cyberattacks in recent years has forced people to think about cybersecurity threats and online safety when they use smartphones and tablets (tablets) for various purposes. The vast reach of mobile devices makes them an easy target for malware writers who can easily trick people into downloading malicious applications that steal personal information without the user’s knowledge. Financial institutions should pay special attention to this aspect when designing mobile banking apps because it is important that users feel safe while using them. Even though many banking and financial institutions offer security scanning measures like two-factor authentication, it is important that they have stricter policies for the verification of apps created by them.

Most financial institutions offer apps for both iOS and Android devices, which makes them open to various security threats. These include man-in-the-middle (MITM) attacks where malware can be used to extract information like username, password, account number, etc. Secondly, banking apps are at risk through spoofing, or phishing wherein people are tricked into entering their personal details into fake websites replicating that of the original bank. This makes the user’s device vulnerable to theft of data by hackers who could use it at a later date when making online transactions.

Besides this, there are several other concerns like lack of robust encryption in mobile payment apps, lack of two-factor authentication for transactions, the use of third-party components, etc. All these issues put together will only increase the number of online banking frauds in the future. Notably, these concerns are not just limited to Android devices. Still, iPhone users feel vulnerable because although Apple’s operating system has stringent security measures, various apps that can be downloaded from any app store bypass this.

All financial institutions must think about stricter regulations for their mobile banking apps so that users’ financial data remains safe and hackers do not hijack their accounts by creating fake login portals on social media sites or even via SMS spoofing. Financial institutions should take more responsibility when it comes to creating secure

When comparing different financial apps, it is important to check if they have a privacy policy and whether you agree with the terms and conditions. This will allow you to potentially avoid receiving unexpected emails and messages in your feeds or inboxes.