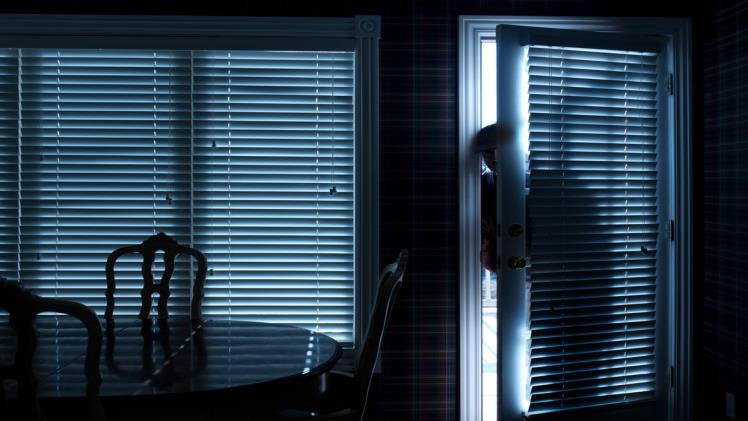 Have you ever answered a knock at the door only to encounter a complete stranger who acts nervous and doesn’t seem to have a legitimate reason for being in the neighborhood? If so, you may have encountered a burglar. Rest assured that they were not knocking on the front door to be polite.

To someone who has never burglarized the home before, knocking on the door prior to entry doesn’t make sense. Why make unnecessary noise? Why alert someone to your presence? These are the types of questions law-abiding citizens ask. But to a successful burglar, it all makes perfect sense.

Almost All of Them Knock

Believe it or not, a burglar knocking on the front door is by no means an anomaly. A survey conducted among more than seven dozen burglars being held by the Oregon Department of Corrections proves as much.

The convicted burglars were asked to answer 17 questions regarding their habits. Every single one of them said they knocked on the door before attempting to enter a home. Answers to the remaining questions received varying responses. Only the question about knocking on the door came back with a clear consensus.

Burglars Don’t Want to Get Caught

Vivint, a company that installs and monitors state-of-the-art security systems, explains that burglars don’t want to get caught. They say that knocking on the door is a way to verify whether someone is home before entry is attempted. It actually makes perfect sense.

So, what if a burglar knocks and someone answers? First off, the burglar will make up some sort of excuse for being there. They might apologize and say they mistakenly knocked on the wrong door. They might claim to be a contractor looking to provide estimates for work in the neighborhood.

Getting an answer to a knock may not completely deter a burglar, either. Though they arelikely to not strike at the moment, they may attempt to get a peek into the house while having a conversation with the homeowner. If they see something that grabs their attention, they might make plans to watch that house and come back at a more appropriate time.

When No One Answers the Door

Burglars knocking on front doors are hoping to not get an answer. If that’s the case, they are prepared to assume that no one is home. They might try the door handle to see if it’s locked. If it is, a swift kick in just the right location can breach the door without too much commotion.

Once inside, a burglar’s first inclination is to head for the master bedroom. This is where many of the lucrative valuables are found. Burglars want two things: items they can stick in their pockets and items that are easily sold on the street.

Their favorite targets are jewelry, credit cards, cash, and small electronics. They will rummage through the master bedroom to find as much as they can. Then burglars will move through the rest of the house based on how much time they are willing to spend looking for more stuff.

If You Get a Knock on the Door

If you get a knock on the door and find someone suspicious on the other side, do not take any chances. Don’t let that person in. Try to end the conversation as quickly as possible and then contact the authorities.

Burglars do not knock on doors to be polite. They do it to assess the attractiveness of a home. If they have reason to believe it is unoccupied, they also have reason to burglarize it.