What You Need to Know About Gluten Free Beer

What is Gluten Free Beer?

As you may have guessed, gluten free beer is just that: beer that is free from gluten. On a deeper level, what this means is that the beer in question is made without grains that contain gluten. Most commonly, gluten free grains like quinoa, buckwheat, rice, sorghum, millet, teff, maize, or Amaranth are used to create gluten-free beer.

What Type of Gluten Free Beer Can I Get?

How is Gluten Free Beer Made?

When you’re talking about making real gluten free beer, there isn’t much difference between this and the process of brewing traditional beer except for the grains that are used. That’s really all there is to it.

Why is Gluten Free Beer Even a Thing?

Gluten free beer is the solution to a problem that plagues 1 in 70 Australians: Coeliac disease. Along with gluten-free ingredients like water, hops, and yeast, wheat and barley (both of which contain gluten) are used to make ‘regular’ beers. This means that those who are living with Coeliac disease can’t crack open a cold one unless it is free from gluten.

In addition to this, gluten free beer is also safe for people who have gluten intolerance, gluten allergies, and dermatitis herpetiformis. In addition, it’s the only real option for people who – out of choice and not necessity – choose to follow a gluten-free diet for whatever reason.

Plus, remember the gluten free grains that are used to make gluten free beer? Well, most of them have their own health benefits. For instance:

And finally, gluten free beer possibly reduces or even eliminates one of the regular beer drinker’s biggest problems: bloating! Cheers to all of that! 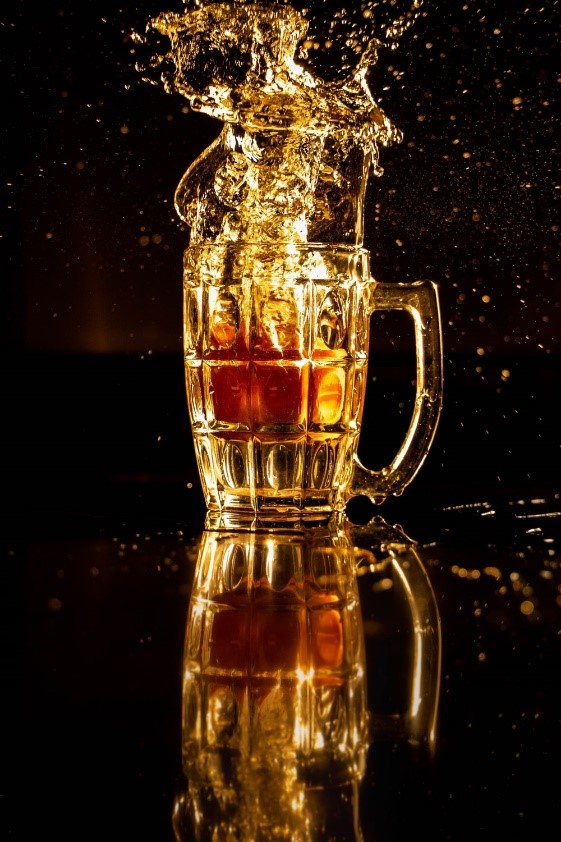 Once you start exploring the wonderful world of gluten free beer, you will almost certainly come across the term “gluten removed beer”. Gluten removed beer, also known as gluten reduced beer, is beer that is made with grains that contain gluten but the gluten is removed from those grains during the brewing process by means of a specific enzyme.

The reason why gluten removed beer exists is pretty straightforward: it takes a lot of time and money to manufacture beer that is 100% free from gluten. And it’s not just from the manufacturer’s side as consumers also look to save on costs every now and then.

But the truth is that gluten removed beer is likely to contain traces of gluten and so it’s not safe for people who have Coeliac Disease, gluten allergies or intolerances, or dermatitis herpetiformis.

Though there is still a lot to learn about the potential health benefits of gluten free beer, the industry is booming, and it shows no sign of slowing down. Maybe you should consider hopping aboard the gluten-free train too.

When it comes to getting your hands on a bottle or two of gluten free beer Australia has plenty of options available online and in specialty shops. When will you be taking your first sip?