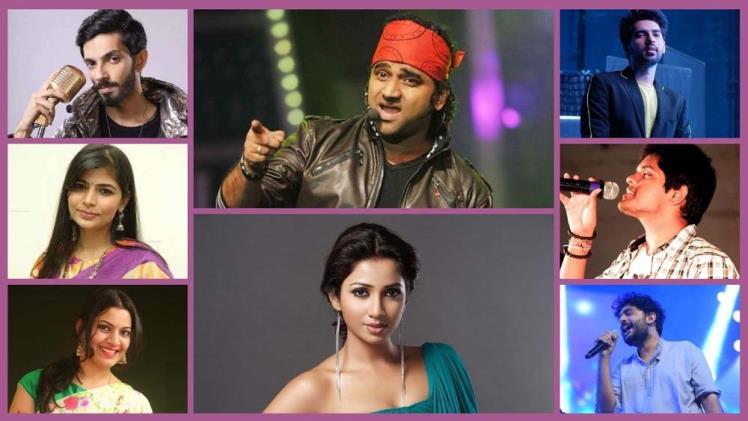 At the present time, everyone likes to listen to music. Many singers have become more prevalent in recent times. In this continuity, Telugu singers have improved day by day. The rhythm and melody of Aha Telugu Indian Idol create a wonderful feeling in the mind of the listener.

Telugu is a language spoken from Andhra Pradesh, India. The Telugu film industry or Tollywood is the second-largest film industry in India after Bollywood. There are many creative singers in Tollywood, and they have proved their skills.

Siddarth Sriram Sid is known to everyone as Sriram, and he is a trending singer in Tollywood. He is one of the best playback singers and writers. He was born on May 19, 1990, in Chennai. His parents helped him improve his music.

He has gained immense popularity in India for his songs in the movie Kadal. All her songs have gained wide popularity for her magical voice. All the people of India love him very much. The Tamil and Telugu film industry know him very well, he has sung many songs, and some songs have crossed 100M views on YouTube. Oke Oka Lokam Nuve is a recently released song, and it has surpassed 100M on YouTube Visit The Site: kuttyweb

Arman Malik was born on July 22, 1995, in Mumbai. His father is a well-known music composer in the Indian film industry. When she was four years old, she started singing and took part in the Sa Re Ga Ma Pa Little Champs in 2006. It is where his music career began.

Shreya Ghoshal is a well-known singer in India. Now everyone knows about Shreya Ghoshal. She is an excellent playback singer and songwriter. For her sweet and magical voice, everyone listens to her song.

She was born in West Bengal on March 12, 1987. At a very young age, she started learning classical music. Ganraj Rangi Nachato is her first-ever song her. She has won seven Filmfare Awards in Hindi, Ten Filmfare Awards in South India, and Four National Film Awards. At present, she is the leading singer in India.

Gita Madhuri was born on August 24, 1989, in Andhra Pradesh. She made her debut as a playback singer in the movie Premalekha Rasa.

She has sung over 1800 songs in various languages, including Tamil, Kannada, Telugu, and Malayalam. She has won the Nandi and Filmfare Awards. She has also won many awards in his career.

Anurag Kulkarni was born in Hyderabad on June 7, 1993. He started his career as a playback singer. He sang many outstanding songs and got popularity in India.

He is the most famous singer in the Telugu film industry. He was singing in maximum songs of Telugu movies. For this reason, He got more popularity in Tollywood.

sisidunia.com is the best entertainment website in the word

Without them, there are many Telugu singers. The above singers are the top trending singers in the Telugu film industry. They gained popularity with their talent and magical sweet voice. You can listen to their songs on YouTube.

Read More About: filmy4wep in