How Eclipso Affects the Cast of DC’s Stargirl Season 2 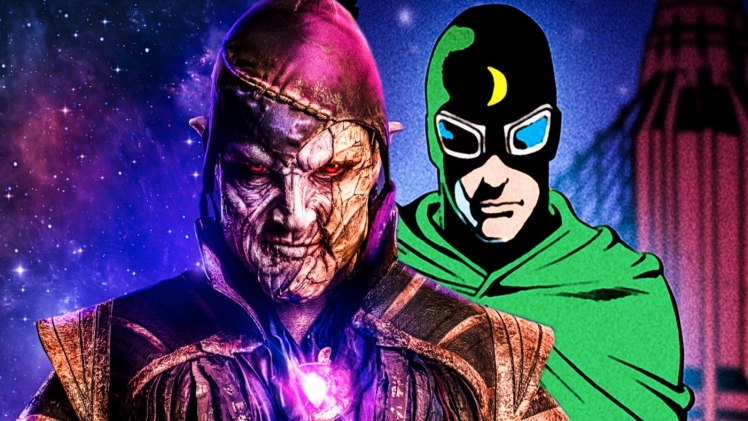 Blue Valley, the town that serves as the main setting of DC’s Stargirl, is a place of optimism and wholesomeness, even with all the problems it went through during the first season. Season two introduces Eclipso, an evil being who causes and feeds on the despair of others. His invasion has severely affected various characters by targeting their deepest weaknesses.

The sunny and altruistic character conceived by show creator Geoff Johns and Lee Moder, Courtney Whitmore AKA Stargirl is challenged by Eclipso as he manifests throughout the community. While her staff repels his attacks, he proceeds to target her family and friends to emotionally weaken her. But the biggest emotional blow comes indirectly when Courtney discovers her parents Pat and Barbara withheld the truth about the Justice Society of America killing Eclipso’s host, shattering her faith on her family and heroes.

During the first season finale, the current Wildcat, Yolanda Montez, killed Brainwave as an act of self-defense. Still, her actions haunt her throughout the second season. The overwhelming guilt culminates when Yolanda starts hallucinating Brainwave and Henry King, Jr., her dead ex-boyfriend. Brainwave brags that he implanted his brain energy inside her to take over her body, but she expels him. While Eclipso’s direct involvement is ambiguous, he does factor into her decision to abandon the Wildcat identity since she considers killing him, alienating her from her teammates.

Rick Tyler’s life improves during his summer break, between improving his school grades, upholding his father’s Hourman legacy and developing a bizarre friendship with ancient giant zombie Solomon Grundy. However, it all comes crashing down when Eclipso enters the picture. He manipulates Rick into thinking that Grundy killed a little girl who was missing. Already frustrated by his abusive uncle, Rick flies into a rage. He hunts down and brutally assaults Grundy, only for the show to reveal that Eclipso tricked him into attacking his uncle instead. Rick’s future is shattered as he is arrested and jailed for his actions.

For most of the series, the Justice Society serves as an inspiration to Pat and the younger heroes, especially Courtney. Since Eclipso is an enemy of their past, his return also opens old wounds. The evil spirit possessed archeologist Bruce Gordon and used his body to feed on many victims, including Dr. Mid-Nite’s young daughter. The JSA battled him, but after numerous defeats, they resorted to killing Gordon to stop the villain. This difficult decision shattered the group’s relationships even after their reunion years later and damaged Courtney’s image of them.2dayfashiontips is Get The Latest Fashion Site. At One Place like Arts Culture, Movies, entertainment, Technology, Travel and Sports Site here 2dayhealthylife  and Nearme2day.

Eclipso also targets Beth Chapel, the new Dr. Mid-Nite, by focusing on her anxiety caused by her parents’ neglect and their upcoming divorce. He also uses racist and sexist attacks to trigger her insecurity as Mid-Nite’s successor. Unlike her teammates, she gains the confidence to overcome his corruption and uses her goggles’ advanced technology to see past the spirit’s hallucinations. Beth is the only one who improves after her Eclipso encounter.

Season two’s story arc uses Eclipso to radically change the dynamics of the Blue Valley citizens. Stargirl, her teammates and her family must grow from these encounters to defeat him once and for all.

WPC2027 is a best place for variety of online games.