Hornady 9mm Critical Duty : Why the FBI Switched Back 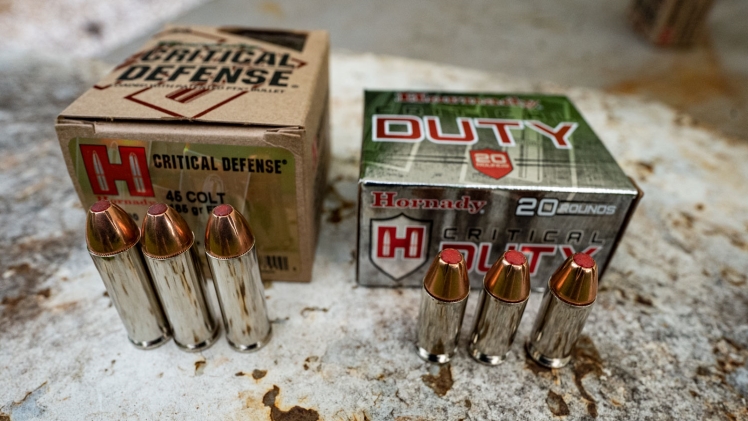 Back in 2018, the Federal Bureau of Investigation (FBI) decided to phase out the use of Hornady 9mm critical duty ammo in favor of larger caliber cartridges. There’s been a huge degree of speculation surrounding the move, but what it ultimately came down to was stopping power – which was deemed to be the most important factor at the time.

The interactions that law enforcement in particular have come under intense scrutiny since the high profile incidents of 2019/2020, but for those on the front line, it’s all a matter of surviving an encounter. The reasons for switching back, however, are quite logical in the cold light of day.

The first benefit of Hornady 9mm critical duty cartridges and the handguns they’re used with is that more rounds are made available to the user than in larger gauge weapons. In terms of terminal performance, there isn’t much difference between the 9mm and the larger cartridges, so having more bullets at your disposal is an excellent trade off.

Another advantage of 9mm is the much reduced levels of felt recoil, which can have a big impact on how accurate the shots taken are. The fact is that you don’t need quite as much stopping power when your aim is truer due to the reduced kick you get from your weapon.

Less Likely to cause Fatality

You don’t have to be watching the news too closely to know that law enforcement are getting abuse from all sides, meaning that every time someone is killed, an incredible amount of focus is placed upon the people involved. What Hornady 9mm critical duty ammo offers is greater control to take non-lethal shots to subdue any would-be attacker of the officer involved or any other person in the vicinity.

When combining the distinct lack of recoil and the knowledge that more rounds are available in the clip, it can significantly increase the chances of everyone involved coming away from the situation alive.

The Events That Led to the Move Away

Was there a moment that tipped the balance and compelled the FBI to move away from 9mm weapons? Well, the 1986 Miami shootout between the Feds and Platt & Matix certainly played it’s part. Two agents died that day and it was felt afterwards that the perpetrators were able to outgun those pursuing them.

By moving the FBI away to .40 weapons, this would address this imbalance and it stayed that way for almost thirty years.

Big Advances In Technology Since

The switch back to Hornady 9mm critical duty is based on sound science, as during any incident, it’s much more important to have sufficient penetration and accuracy, as most law enforcement will typically miss the target with 80% or more of the shots fired.

The issue of stopping power is something of an urban myth, so it just makes no sense to reduce the number of bullets that are available to a law enforcement officer because of it.

There have been huge leaps in technology over recent years too, giving ever more control to the person firing. Not all FBI agents have switched back yet, as old habits die hard for some, but for all the reasons mentioned, it’s a move that just makes sense.